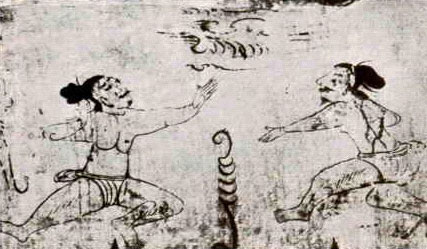 The history of martial arts in Korea dates back about two thousand years. During this long journey, the periods of independent development of Korean schools and styles had been replaced by whole epochs of development under the influence of the Chinese and Japanese traditions of martial styles and trends. The philosophical concept of Korean martial arts developed with the serious influence of Confucianism and Buddhism. So, the Korean martial art could organically incorporate the experience and unique techniques of Korean, Chinese and Japanese masters, without losing its national characteristics and identity. All this led to the fact that after the end of the Second World War there were several related areas with a similar technical arsenal and similar in spirit philosophical principles in Korea. 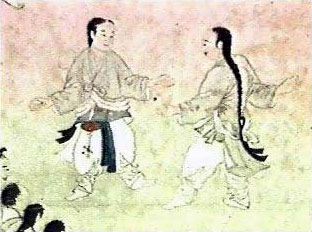 The new martial art was created on the basis of traditional Korean wrestling types of subak and tekken using elements of karate, which the creator of the style studied in Japan. Korean national martial art became a unified option that combined the techniques of nine Korean schools (Yun Moo Kwan, Kang Duk Kwan, Moo Duk Kwan, Oh Do Kwan, Han Moo Kwan, Chung Do Kwan, Jung Do Kwan, YMCA Kwon Bop Bu, Song Do Kwan), and it was called “taekwondo” – “the way of the hand and foot,” or “the path of the foot and fist.” Then, General Choi Hong Hee persuaded the President of South Korea to approve the proposed name as an official name for a unified style.

In fact, this term absorbed all types of Korean martial arts existing at that time. 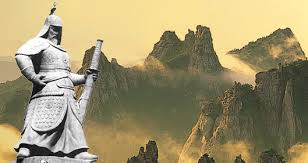 In December 1972, the Kukkivon Academic School (Chamber of State Technology) was built. And on May 28, 1973 it hosted the first World Cup. And three days later, the leading representatives of the Korean Taekwondo Association created the World Taekwondo Federation (WT), which was headed by Dr. Kim Un Yong.

In 2005, Chung Won Choue became the head of the World Federation. It should be noted that the new president of WT is a prominent figure in the world of taekwondo. As early as 1983, he founded a special faculty of this sport at Kyonggi University, unique in its kind. Chung Won Choue also took part in the opening of the International Taekwondo Academy in 1995 with the same university and the International Taekwondo Research Institute in 2002. Since 1999, he was a member of the executive committee of the Korean Taekwondo Association, from 1997 to 2003, he was the rector of Kyonggi University. 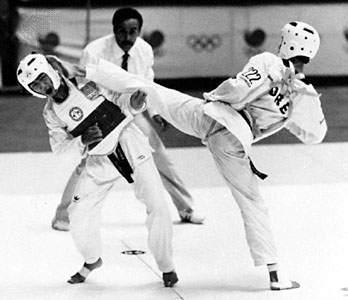 In 2006-2007, WT made a complete innovation: a new form is developed, electronic ammunition, the emblem of the federation changed. And the day of September 4 has become the official day of taekwondo since 2006.

Today, taekwondo WT is an Olympic sport. The World Taekwondo has branches in 208 countries. It has about 40 million athletes in its ranks, including more than one and a half million in South Korea itself.

In South Korea, as in the whole world, the direction of the World Taekwondo (WT) is very popular, which initially focused on the sporting, competitive component of taekwondo. The main efforts of the World Taekwondo (WT) were focused on popularizing taekwondo as a sport, organizing and conducting competitions, and improving the refereeing system. The expected result was the wide spread of the sporting direction of taekwondo all over the world, the consistent recognition of this sport by all international organizations and the inclusion of taekwondo in the program of the Olympic games.